Magazines and newspapers are quite often thought of as rather dubious forms of intellectual expression. Tabloid and gossip magazines, too often at the forefront of new stands, connote a filthy feeling of trashy paparazzi journalism, with their airbrushed cover girls and less than factual facts, casting the entire journalism industry in an unflattering and morally questionable light. Newspapers often fall into this same bracket, my own town’s daily newspaper being so often riddled with spelling and grammatical errors that it’s too nauseating to read. However, these examples, though often monopolising the journalistic limelight, are only a sliver of the news industry and if you label all magazines and newspapers as inferior publications, you are doing yourself a great disservice, depriving yourself of a cornucopia of succulent articles, reviews and reports.

For quite a while, I was of the very unjust opinion that magazines were for those who couldn’t commit themselves to an actual book. I didn’t much care to read my friends’ favourites, Girlfriend and Dolly, nor was I inclined to spend $8 reading about Kim Kardashian’s new diet. I read real books and that’s all there was to it. Recently however, I discovered the other side of the journalism coin: the very shiny side; the side with juicy content, grammatical perfection, thorough research and sublime presentation. And let me just take a moment to lament all the time I’ve spent without it…

The New Yorker magazine has become a regular must-read for me. Far from the sickeningly shallow and inaccurate likes of sleaze journalism, the New Yorker is a thoughtful, diverse and informed collection of feature articles, politics, artistic reviews, pictures, fiction and poetry. Because I was such an angelic girl in 2011, Santa Claus left an iPad 2 in my stocking and I have therefore been able to subscribe to the New Yorker’s electronic version (a postal subscription being somewhat impractical considering my living in Australia). As a glorious result, I’ve read an in depth review of Meryl Streep’s portrayal of The Iron Lady, I’ve revelled in the poetry of Leonard Cohen and I’ve even stumbled across a fascinating and extraordinarily well-informed comparison of the film and book versions of Jonathan Safran Foer’s Extremely Loud and Incredibly Close. A worthwhile allocation of my funds? You bet.

What really does make The New Yorker a divine publication, sent straight to Earth from the gods and goddesses of journalism, is the balance it achieves between informed, intelligent, researched writing and artistic, creative, satirical presentation. More so than for its content, I think The New Yorker is famous for and instantly recognisable by its cover art. Without ever displaying the flawlessly-skinned faces of young celebrities accompanied by article tasters, The New Yorker is adorned with thematic art, tailored to reflect its major feature article or the current economic, political or social climate. Always designed with talent and cleverness, the cover art can be deeply read into and interpreted in a variety ways, though always managing to clearly communicate its general gist.

Some examples of my favourite The New Yorker covers:

On the tenth anniversary of 9/11, The New Yorker shows the ghosts of the twin towers reaching downward from Ground Zero.

Illustrated by Ana Juan, this cover pays tribute to fashion designer, Alexander McQueen, who committed suicide a few weeks before this cover ran. He had once created a hat designed entirely of butterflies.

In commemoration of Steve Jobs' death, this cover features him at the Pearly Gates with St Peter on an iPad. Note the very demanding, hands-on-hips stance of Jobs...

In celebration of the 84th Academy Awards, The New Yorker's cover is that of a group of Oscar trophies no doubt drowning their sorrows as would the unsuccessful artists.

The New Yorker magazine saved the entire journalism industry from my to-avoid list of literary forms and I highly recommend it to anyone with an interest in in-depth and thoughtful articles about politics, the world and the arts. Should you not find its feature articles of great consequence, at least you’ll be entertained and intrigued by its cover art, its poetry, its fiction examples and its commentary on the art scene. Impeccable writing, thoughtful content and witty illustrations…what more could a nerd want?

Yes, you read it correctly. Judge a book by its cover and be unashamed of doing so. A little counter-intuitive, isn’t it? To judge a book by its cover but not by its prologue? But it works. Why? Because covers matter and authors, publishers, publicists and editors all know this. That’s why hours upon days upon weeks are spent toiling away at the cover design of a new release and why many a dollar is spent on professional illustrators. Covers matter because books abound. There a thousands of books in each book store you visit, often hundreds per genre and unfortunately for the authors who’ve quit their day jobs and have yet to achieve J.K. Rowling’s level of success, all of these books are usually lined up side by side, each as equally on display as its neighbour.

So what makes you pick a particular book up from a shelf of many? Three factors: the title, the author and the cover. It needn’t necessarily display the brightest colours or the biggest font but it does need to stand out from the crowd in some way, shape or form. The book’s marketing team very carefully convey a message through the cover, targeting an audience and enticing a particular kind of nerd. “This is a book for all you science fiction lovers.” “This is a book for the soppy romantic.” “Read me if you love action novels.” “I will scare the pants off you.” If a book’s cover is neon green and features a computerised image of a girl in a cat suit holding a spear, screaming “I am the book version of a video game,” I can guarantee that it’s not my kind of book and will therefore judge it as such and avoid it like I would the plague.

Books whose covers I feel stand out from the crowd: 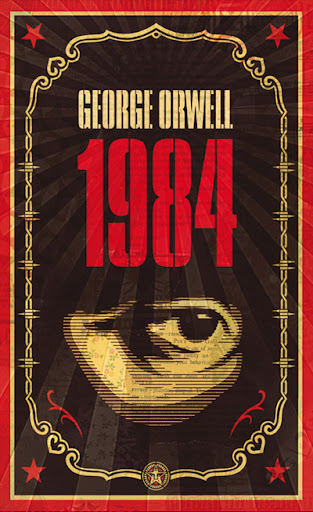 The prologue on the other hand, you shouldn’t use to judge the book as a whole.  If a book’s prologue is a little boring or a little confusing or a little disturbing and I feel the urge to abandon it already, I don’t because I’ve learnt to do otherwise. Harry Potter is a fine example of this counter-intuitive piece of advice. While it technically didn’t have a prologue, the first two or three chapters of ‘And the Philosopher’s Stone’ were a touch on the unexciting side and had I have judged the Harry Potter phenomenon accordingly and abandoned it, I’d never have developed my fully fledged obsession with magic. Don’t judge a book by its prologue… persevere, give it a chance to absorb you, delve a little deeper into its chapters.

However, in spite of this entire post, I am certainly not giving authors license to bore us all to tears with craptastic prologues. It obviously helps if the opening taste of a story actually wets your appetite and has you hanging on for more. The point is, sometimes it takes a few chapters to realise that what you’re reading is your new favourite book.

Tell me: are there any books that you’ve read simply because you liked their cover? Are there any books you loved in spite of a boring prologue? Do you agree with me or do you think I’m a raving lunatic? Share your sweet, juicy, literary thoughts.

Help a soul out, fill out this quick and easy survey!

Click here to take survey (I will love you forever)

I love my readers

How many does it take before you find your Prince?

If we chase our dreams long enough, they get tired of running.

The Travels of an Adventurer at Heart

A fairytale that violates all rules of fairytales

Future alternatives, we have

For the love of bookshops
the wuc

a broth of thoughts, stories, wucs and wit.